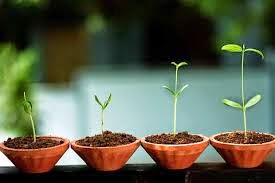 I am sharing 3 small stories which I use in my motivational workshops. Enjoy !

During Rob’s first month of college, the professor gave his students a pop quiz.

Rob was a conscientious student and had breezed through the questions, until he read the last one: "What is the first name of the woman who cleans the school?" Surely this was some kind of joke. He had seen the cleaning woman several times. She was tall, dark-haired and in her 50s, but how would he know her name? He handed in his paper, leaving the last question blank.

Just before class ended, one student asked if the last question would count toward the quiz grade.

"Absolutely," said the professor. "In your careers, you will meet many people. All are significant. They each deserve your attention and care, even if all you do is smile and say 'hello'".

Rob never forgot that lesson. He also learned her name was Milly.

A woman who had worked all her life to bring about good was granted one wish: "Before I die let me visit both hell and heaven."

Her wish was granted.

She was whisked off to a great banqueting hall. The tables were piled high with delicious food and drink. Around the tables sat miserable, starving people as wretched as could be. "Why are they like this?" she asked the angel who accompanied her.

"Look at their arms," the angel replied. She looked and saw that attached to the people's arms were long chopsticks secured above the elbow. Unable to bend their elbows, the people aimed the chopsticks at the food, missed every time and sat hungry, frustrated and miserable.
"Indeed this is hell! Take me away from here!"

She was then whisked off to heaven. Again she found herself in a great banqueting hall with tables piled high.

"No chopsticks I suppose," she said.

"Oh yes there are. Look - just as in hell they are long and attached above the elbow but look... here people have learnt to feed one another".
***

The frogs and the tower

There once was a bunch of tiny frogs, who arranged a running competition.

The goal was to reach the top of a very high tower. A big crowd had gathered around the tower to see the race and cheer on the contestants...

Honestly, no-one in crowd really believed that the tiny frogs would reach the top of the tower. They said ....

"They will NEVER make it to the top".

"Not a chance that they will succeed. The tower is too high!"

The tiny frogs began collapsing. One by one...

... Except for those who in a fresh tempo were climbing higher and higher...

The crowd continued to yell ...

This one wouldn't give up!

At the end, everyone else had given up climbing the tower.

Except for the one tiny frog who, after a big effort, was the only one who reached the top!

All the other tiny frogs naturally wanted to know how this one frog managed to do it?

A contestant asked the tiny frog how the one who succeeded had found the strength to reach the goal?

It turned out... That the winner was deaf.