My “Gandhi-giri” experiment at Workplace 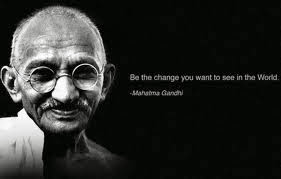 Gandhi-giri or Gandhi-ism – does it really work in our day to day work in office ? What do you think ?

Mahatma Gandhi’s principles of non-violence, integrity, truthfulness, honesty etc – does it sound too bookish and idealistic to be followed in practical scenarios where politics and rivalry are rampant ? Though I am a great fan of Gandhi, these questions plagued me too.

So , I decided to do an experiment and in this blog post , I will describe my experiment with Gandhi-ism at my workplace. 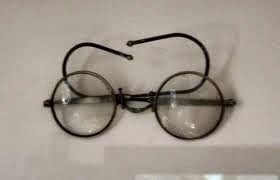 There was one such manager of the latter kind who invariably tried to put me down in some way or the other. My team loved and respected me and were really peeved whenever they heard or saw something which went against me.

One day , in my weekly team meeting, I saw people looking at each other as if they wanted to say something. My team meetings were open and everybody had the right to speak and say “No” or be the devil’s advocate. I sensed something and smiled and nodded – triggering them to open up.

“Ma’m” they said, “In the management review meeting yesterday, you were on vacation and XYZ said our team could not  complete the assignment on time... quality was poor ..... “ and they went on and on.

“Ma’m, this is always the case, whenever you are not around, all these things are being told ... We said something on your behalf, but since so many senior people were around , it would have sounded inappropriate if we said anything more ..... “

They were really hurt.

I was silent for a few seconds and then smiled.

I smiled again – trying to keep my stance by remembering Gandhi.

“Ma’m,  XYZ’s team has asked us to help them for the next 2 weeks for completion of their tasks ... but we will not do that...we will mess up their work and it will serve them right ....”

“You will do no such thing” I said. “We will help them fully and after completion of the task, we will send XYZ a thank you note saying you liked helping his team and in future, if the need arises, you will help them again ... “

The team was stunned and nobody spoke for a few minutes.

I said  “If we also act in a retributive way, then what is the difference with us and them? Let us follow the path of truth and peace and non-violence ...”

Though grudgingly, my team did exactly what was told to them.

After a few weeks , again we had to help XYZ’s team and we did the same , with a smile on our face.

After two months, we had the Management Review again.

XYZ praised my team profusely. After the meeting, he personally came to me and again thanked me for the co-operation for which he could meet the deadline which was so important for his promotion.

In his eyes , I could see the guilt and repentance for his earlier behaviour ... words were not needed.

I looked up at the sky and thanked Mohandas Karamchand Gandhi and his leadership principles.

My experiment with Gandhi-giri was successful.

Do you have any such experience to share ? Do write about them in the comments.
Posted by Ananya at 02:53